Part of my holiday was spent debating with my wife which side of the surgical mask is worn on the outside. There were no instructions on the packet.

In my research, I came across lots of interesting masks, including the beak-shaped mask worn by the plague doctor during the Bubonic Plague, the Black Death of the 1300s. That plague saw some 75-200 million people die and Europe’s population all but halved. It was a horrific and frightening time in history. Thankfully, medicine has advanced considerably since then.

However, that plague, as tragic as it was, brought about a new period in human history – the Renaissance. The disruption of the plague ushered in a period of cultural, artistic, political and economic “rebirth”. Some of the greatest thinkers, authors, scientists and artists in human history thrived during this era.

Significant advancements were made during the Renaissance. New inventions like the printing press literally changed the world. But there weren’t just “big ticket” inventions during that time, many have attributed the invention of ice cream, oil paint, ballet, and even men’s trousers to the Renaissance. Out of tragedy, out of a period of incredible disruption, wonderful things came and, as a result, people’s lives were improved.

The current pandemic hasn’t resulted in the same mortality rate (thankfully), but is has caused significant disruption to the entire world. Already we are seeing human’s ability to innovate and create solutions to new problems. From a hands-free door opening device to vaccines, new inventions are appearing as a result of the disruption we experienced in 2020. St Paul’s School has even continued to innovate. Online learning continues to mature. From the start of this term, we have 24 virtual students. In a sense, it is an exciting time.

As the COVID-19 crisis begins to settle, there will no doubt be other disruptions in the future. What the world always needs are great thinkers, people who are filled with ideas, with enthusiasm; people who are committed to making a positive contribution, to solving problems, to making lives better. Education must play a vital role in preparing the next generation to be great Renaissance thinkers – great artists, scientists, authors, and entrepreneurs.

The year gone by has affirmed just how important it is to raise young people who are able to think creatively and to become change agents. It has affirmed what we hope to achieve at St Paul’s School. 2021 is going to be an exciting year. What will our students learn and how will they apply that learning to generate new ideas? It’s anyone’s guess! 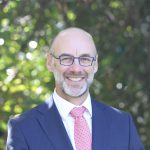