Will Smith hit Chris Rock. What do we tell our kids?

This article was written by Dr Justin Coulson and distributed to subscribers of Parenting Ideas. You can view the original article here.

This week, the biggest news event wasnʼt war in Ukraine, floods on Australiaʼs East Coast, or even COVID surges. Instead, it was a story of an angry celebrity (Will Smith) storming the Oscars stage and hitting the comedian (Chris Rock) who made an ordinary joke at the expense of the angry mad manʼs wife (Jada Pinkett Smith). And everybody is talking about it. Including our children.

How do we talk to our children about this incident?

What to talk about with your children

The Smith/Rock saga offers an amazing opportunity to have real conversations with your kids about big questions we all face. But I think we can go a little deeper. Rather than talking to your kids, nowʼs the time for some really fascinating and important questions.

One of the most powerful ways that we build resilience in our children is by helping them to discover their identity. And we do that by asking them questions. In the wake of this incident we could ask questions so our children can learn about the kinds of people they are.

“Why do you think Will Smith hit Chris Rock?”

“Should he have done that?”

“When is it ok to hit someone and when is it not ok?”

“Should anyone ever hit anyone?”

“Is it ok to tell jokes at someone elseʼs expense?”

“How should we respond when someone tells an unkind joke?”

“Why do you think so many comedians make jokes at the expense of other people?”

We can even ask questions about honour, and feminism, like:

“Does a man have a responsibility to defend his wife or those close to him if someone offends them?”

“How might he defend them best? With fists? With words? Or in some other way?”

“What does this tell us about gender stereotypes? Women have to have beautiful hair? Men are strong and can hit people they disagree with or are offended by? Women are helpless?”

How counterfactuals can help

You may have heard of counterfactuals. A counterfactual is simply something that didnʼt happen, but could have. Itʼs kind of like saying, “if koalas had wings, they could fly.” And counterfactuals provide us with all the tools we need to have quality conversations about tricky topics with our children.

Some fascinating counterfactuals you can ask your children (that will help them disentangle their feelings about violence, race, gender, and more) are:

“What if a white man (like Seinfeld) told the joke and Will Smith (a black man) hit him?”

“What if Chris Rock (a black man) told the joke and a white man (Hugh Jackman) hit him?”

“What if Jada Pinkett Smith got out of her seat and hit Chris Rock? Is it ok for a woman to hit a man?”

Regardless of your views, or the views of your child, this incident also gives us the chance to teach empathy for both Smith and Rock.

For example, if you or your child think Smith did the wrong thing, ask, “Have your emotions ever gotten the better of you?” “Was he trying to ruin the night for everyone?” “Why did his brain flip its lid?” (Smith has said that “when I was nine years old I watched my father punch my mother in the side of the head so hard that she collapsed… I saw her spit blood… that moment in the bedroom, probably more than any other moment in my life, has defined who I am.”) Without excusing Smith, that moment and his inability to stop his father has probably played a part in what he did.

Empathy is feeling someoneʼs emotion in your heart. This conversation allows us to have compassion for the perpetrator and the victim.

And Chris Rock was just doing what decades of comics have done before him – picked on rich, successful people in the room. In poor taste, but can we have a sense of the humanity of both people without excusing them?

When we ask these kinds of questions, with curiosity and openness, we do a few important things for our children:

Importantly, asking these questions of our children – and hearing their responses – opens them up to hearing our reactions, our values, and the ideas that make us who we are. And finally: Will Smith apologised. Eventually. Via his publicist. Talking with your children about what makes a good apology might make for a very useful family discussion. This week as you talk with your children about the Smith/Rock saga, withhold judgment, invite ideas, and watch your child grow in character right before your eyes. 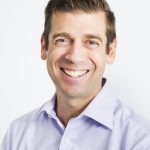 Dr Justin Coulson helps families be happier. His Goalcast and TEDx positive parenting videos have been viewed by more than 80 million people. He is the author of 6 parenting books and the cohost and parenting expert on Channel 9ʼs Parental Guidance. He hosts Australiaʼs #1 podcast for parents: Dr Justin Coulsonʼs Happy Families. Justin and his wife, Kylie, are the parents of 6 daughters.

You can view more of our Parent Resources on our website.

Explore our campus
Get in touch
tagged with: Character, choices, parenting ideas, Wellbeing