The future, technology and human connection

Photo by Jessica Lewis on Unsplash

Sometimes the future frightens me. It’s easy to understand why others are frightened too.  The rate of change and the ethical questions associated with technology can be very concerning.

Yet, I shouldn’t be frightened. This is because I can either be the slave to the things to come or I can accept my right to choose.

You might have seen that Facebook is rebranding itself as “Meta” and Mark Zuckerberg has a vision for a new product he calls the “Metaverse”. What Zuckerberg is wanting to create is a virtual world where millions of people will, “interact, work and create products and content.” Users will don VR headsets, escape the imperfect world in which they currently inhabit and create their own utopia.

The Metaverse sounds a lot like the world of Ready Player One, the fiction book published in 2011 by Ernest Cline. Critics said the work is not unlike Willy Wonka meets Matrix. It’s the year 2044 and the real world has become an ugly place. “Like most of humanity, Wade Watts escapes this depressing reality by spending his waking hours jacked into the OASIS, a sprawling virtual utopia where you can be anything you want to be, where you can live and play and fall in love on any of ten thousand planets.” Why live in the real world filled with disappointment, pain and suffering when you can escape and live in a world of your own choosing?

Each morning the main character dons his VR headset and ‘becomes’ his avatar in a virtual school. Content is tailored to his own ability, engaging him in powerful learning experiences. It is a far more efficient and effective method of schooling than that old style system of education that was a little bit of hit and miss.

COVID has given us a glimpse of this new utopia: online school, working from home, online shopping delivered to the door, virtual travel opportunities. Why go back to how things were when we can avoid the messiness of the ‘real world’: the traffic, parking woes, conflict in the workplace or at school, particularly if the technology continues to improve to the point where can’t tell the difference between reality and virtual?

The vision for a Metaverse as seen in Ready Player One sounds incredibly enticing. For me, it sounds horrific.

We may think that Zuckerberg’s vision is a long way off, but we are only one step away from donning the VR headset. Look around you. Check on your own behaviour. I do it as well. We all have our eyes glued to that little screen in our hands. At any moment we reach into our pockets to escape the real world.

Just last week I interviewed two boys in Melbourne, aged 11 and 13, who are looking to move to Queensland. I interviewed them virtually via Microsoft Teams. Sadly, it was a struggle to engage the boys in a conversation. Their one- or two-word answers almost appeared disrespectful until their parents said, “what you are seeing is the impact of almost a year of online schooling.” I saw something similar in the eyes of a young girl in Scotland the following day as I interacted with her through my computer.

Our world is imperfect. Life can be difficult. Sometimes we do want to escape it all, live out a fantasy life on a deserted island, lazing on a beach in the sun drinking G&Ts. But is a Metaverse the answer, the future we want, or is it a nightmare?

What COVID has shown us is just how important social interaction is. To be human is to relate to others, real people.

The one thing I did get out of the young girl in Scotland was this, “I was so jealous of my sister when she got to go back to school before me, so jealous.” Her comment was akin to Cline’s final words in Ready Player One, penned through the eyes of the main character Wade Watts (spoiler alert), “My heart felt like it was on fire. I took a moment to work up my courage; then I reached out and took her hand. We sat there awhile, holding hands, reveling in the strange new sensation of actually touching one another. It occurred to me then, that for the first time in as long as I could remember, I had absolutely no desire to log back into the [Metaverse].”

Do we want to be slaves to technology, or do we want it to serve us?

Perhaps we should try to embrace the real world, with all its difficulties.  It is a beautiful place that was created for us to enjoy. 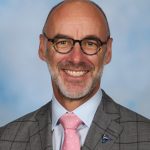 Explore our campus
Get in touch
tagged with: connections, Technology