It’s shaping up to be a big weekend for four St Paul’s students who will be competing at the Queensland School Sport State Triathlon and Aquathlon Championships.

“I’m not feeling nervous yet, I’m pretty excited actually. Maybe just before the race the nerves will kick in,” said Corey who only joined the sport in October last year. 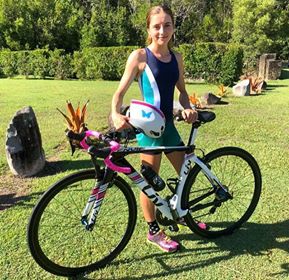 The race holds a special sentiment for Chloe, who is asking fellow competitors to wear blue to raise awareness for the #doitfordolly movement. Chloe hopes that by highlighting the anti-bullying campaign, in support of Dolly’s Dream Foundation, more students will reach out for support and parents may initiate a conversation with their children.

You can read more about Chloe’s endeavours on the Traithlon Queensland website HERE.

We wish all competitors the best of luck.