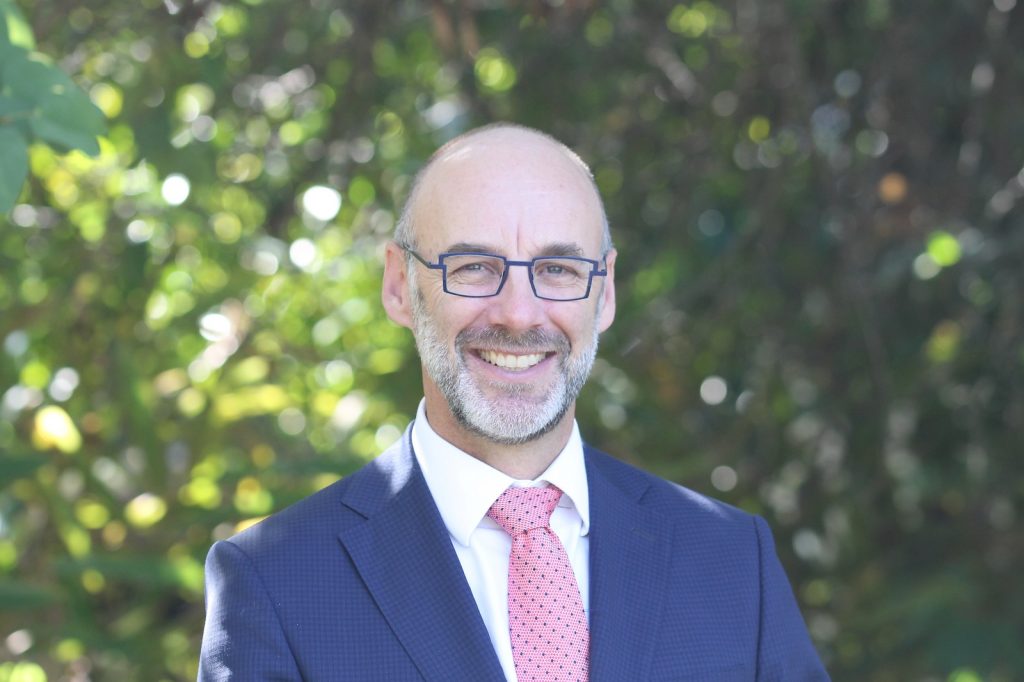 Principal of the Year – Award Finalist

St Paul’s is delighted to share that our Headmaster, Dr Paul Browning, has been named as a finalist in the Principal of the Year (non-government) category for the 2018 National Education Awards.

To prepare students for the changing job market, Dr Browning led the creation of Australia’s first school Entrepreneurs Club. This has expanded into the St Paul’s Centre for Innovators and Entrepreneurs – a space for students to pursue their business ideas. Corporate mentors have committed significant funds and time in mentoring students on their ideas and how to take them to market to generate returns while at school.

Dr Browning is a regular guest speaker at conferences where he helps senior educators learn about leadership, scenario planning, organisational change and vision casting.  He has made regular appearances on ABC Radio in Brisbane, ABC News Breakfast and Sky News. He has had opinion pieces published in major newspapers as well as verticals and trade media.  Evening news bulletins have referred to his advocacy, significantly raising the profile of St Paul’s. Dr Browning was invited by the Bill and Melinda Gates Foundation and the Sutton Trust to speak at a summit of educational leaders in Washington DC.

Book a School tour
Speak to our Registrar
Submit an enquiry