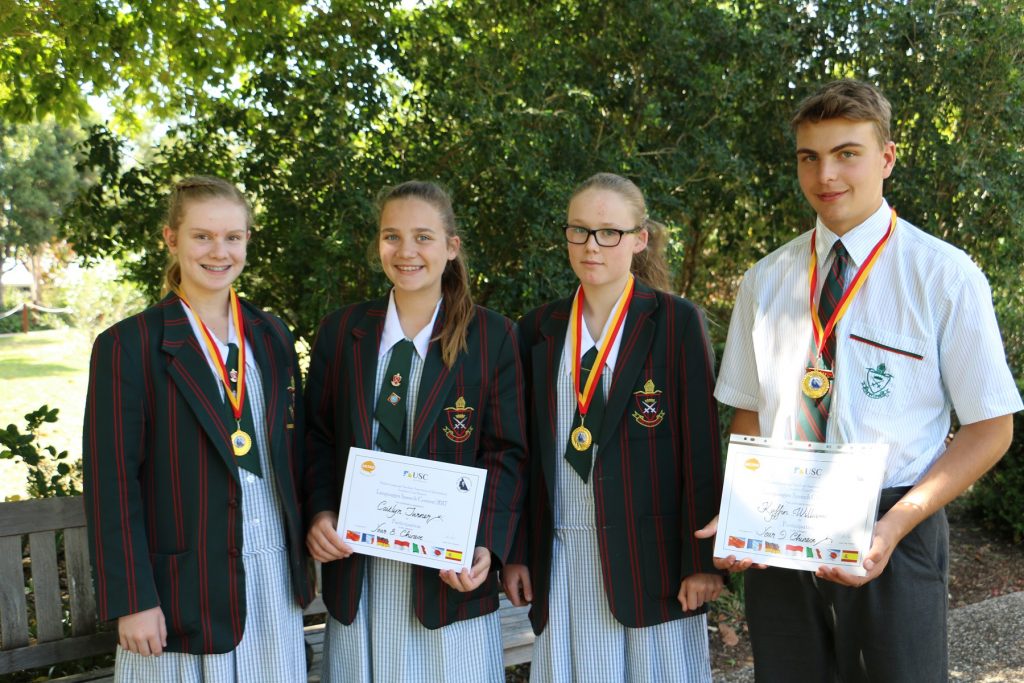 The following students represented the School to compete in the Chinese and German Speaking Contest organised by MLTAQ at the University of the Sunshine Coast in the last week of August.

Special thanks to Mr Shen and Mr Wong for their guidance and excellent teaching of the languages.

Two Year 5 students also entered in the MLTAQ Japanese Speaking Competition for their first time. These girls practised with our native speaker assistant to gain some extra tips. Well done!