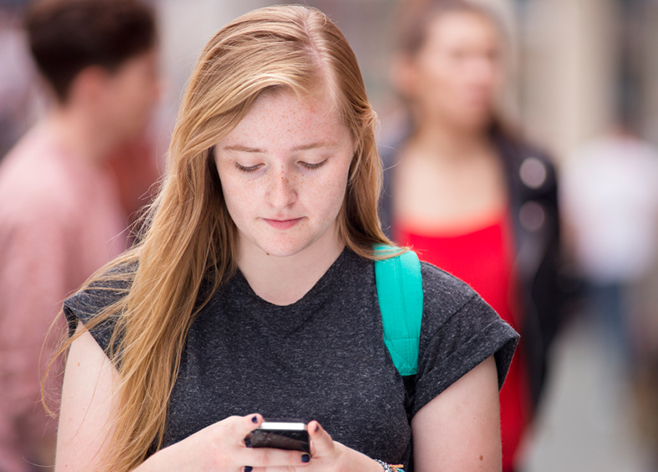 Just say no to ‘sexting’

Hardly a week goes by without the School having to respond to some issue linked to the inappropriate use of social media. Well-known parenting expert, Michael Grose, Director of Parentingideas, shared this article on ‘sexting’ written by one of the Parentingideas expert contributors, Catherine Gerhardt. Parents are encouraged to have conversations about the use of social media and this article contains many helpful tips.

Just say no to ‘sexting’

We have all done something that we later regretted. I am sure we can all think of a time when we have done something that, in hindsight, we realised was not a great idea.  What has changed is the speed with which these things can spread, and the size of the audience that can see it. The digital world brings with it a new set of challenges.

Parents are panicking about teens’ sexting and it can be a hard topic to navigate. It is important to get a good understanding of how and why sexting can be problematic. The more knowledge we have, the better decisions we are going to be able to make for ourselves and to educate our children. Start those difficult conversations today; it may be difficult, but it is far easier than dealing with the worst case scenario after it happens.

“Sexting” is the term used to describe the sharing of intimate images or video with another person. Very often it occurs between couples, people who are dating, but it can also happen between friends or groups. Australian teens, boys and girls, are sending and receiving sexually suggestive nude or nearly nude pictures and videos. According to a recent ACMA report 13% of 16-17-year-old’s said they or a friend sent photos or videos to someone else, while 18% of 16-17-year-old’s said they or a friend had received photos or videos of someone else. So we can say, based on real data, that no matter how it might feel, it’s just not the case that everyone is doing it; however, those statistics feel very high if your child happens to be in the catchment area of those statistics.

There are a number of reasons why young people may find themselves involved in this behaviour. More and more, sexting is used as a sign of collateral for trust within a relationship. Consider it like the new modern version of truth or dare, and as a way to get to know each other better. We do know that as teens progress through high school they can feel more and more pressure to engage in this behaviour. For girls, it is often the pressure around not being seen as a ‘prude’, or even the expectation to look or act like their friends do. For guys, it’s often pressure from peers around humour and just having a joke, to feeling the pressure to have girls send photos to prove to friends that girls are throwing themselves at them.

I’ll show you mine if you show me yours.

There is a really ugly double standard when it comes to sharing naked pictures, and the consequences for girls far outweigh the consequences for boys. In reality, it is not an even playing field: if you’re the kind of girl who sexts, you’re often seen as ‘easy’, ‘slutty,’ the kind of girl who ‘puts out’; girls often incur a great deal of judgement. More troublingly yet, boys are less likely to be held responsible for their actions. Boys demanding sexually explicit photographs of girls can walk away from their responsibility and actions without comment; often with the attitude that ‘boys are just being boys’.

This seems like a no-brainer. If someone pressures you for a sext ‘just say no!’  After all, when you say no and you stick to your no, then you will always have control. When someone is trying to talk you out of your no, then they are trying to control you and the situation. Even if you make an exception once, for that one person, who you think you truly trust – once you press send that picture is out of their control forever. People who have trouble saying no, often find themselves saying yes. The media tends to normalise sexting behaviour and minimise the consequences, but the reality is that the aftermath is far from normal or desirable.

Experimentation and risk taking is a normal part of adolescent behaviour, this is how young people develop their identity and discover who they are. There are often a lot of emotions and hormones attached to risk taking behaviours like sexting. The choices teens make often have more to do with the situation or mood they are in than following the rules. They all know the rules, but they don’t follow them. Making a decision based on emotion does not allow them to think things through clearly. They are capable of making good decisions, but don’t always do so.

It is about consent.

Poor choices and mistakes will be made, especially in spur of the moment decision making. Most sexting is deliberate, meaning that the person who sent it means for it to be sent; a deliberate effort is made to send it to the person they want to see it. There are plenty of risks with deliberate sexting. However, sometimes it isn’t deliberate, pictures and videos can be captured, saved and distributed without an individual’s knowledge or consent. When sexts happen accidentally, the larger consequences and privacy issues really come to the surface.

Places to go for help.

Using humour and a light-hearted response can work. Many apps have been created to do such a thing. Check out apps such as Send this Instead and Zipit. Apps like these are free and give kids an alternative strategy to deal with it if asked to send an inappropriate image.

If an image has already been sent then finding a trusted person to support is crucial – an older sibling, a family member, a teacher or a coach.

Organisations like Kids Help Line and Headspace are also available to support youth in this area.  The first step of asking for help is a difficult one; real friends and professionals trying to help can only do so when they know all the facts.

We all need to remember that making mistakes is a normal part of growing up, and the teen years is when a lot of these happen. These incidents become learning experiences for future years. Anything that happens on the world-wide web means the potential for a huge audience.  When we are online, WWW, the Whole World is Watching. 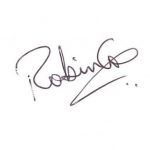