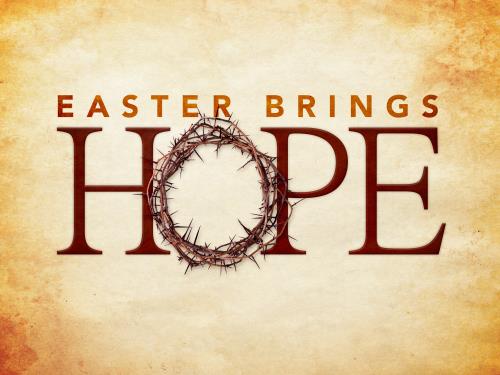 There’s nothing like a global pandemic to change your own perspective overnight. As COVID-19 started to take a hold, hope faded rapidly. Would life ever be the same again? Would someone find a cure in time? The situation even caused many of us to face our own mortality. Life and death became more real, more confronting, more frightening.

Throughout the story in the Old Testament, God’s chosen people continually fell short of the expectations of them. No matter how hard they tried, they could never meet the requirements of the law. The standards that had been created to help them be righteous (right with God) merely served to show them how far they fell short. It seemed so hopeless.

For centuries the Israelite people had been waiting for the promise of a Messiah, a person who would save them from their predicament. Then, while under Roman occupation, along came a man called Jesus.

This man was like no other the world had seen before. He was not only charismatic, wise, and insightful, had the power to heal the sick, cast out demons and even still a storm. His disciples and all those who flocked to him were convinced that Jesus was the promised King. The one they had been waiting for. He would save them from the Romans and lead their people to freedom.

At the height of their excitement, to their dismay, Jesus was arrested, tried and put to death on what is now known as Good Friday. And not just any death. He was crucified; a horrific, torturous death invented by the Romans to strike fear into the hearts of their enemies. Hope was dashed.

But what the disciples totally missed was the truth, what CS Lewis has described as “a deeper magic”. Jesus did not come to save them from the Romans, from their current plight and suffering, but to save them from themselves. He had come to abolish the law, a set of rules that they could never keep, and make them right with God. His death brought them the righteousness that for centuries the people had been trying to attain.

That wasn’t the end though. On Sunday morning, Jesus rose. He had conquered death, and now he ushered in new life; a life eternal that each one of us can access.

If you want to hear more about this amazing hope we have, why not check out a local church this Easter? You can’t attend in person, but so many are now online and you can join them from the comfort of your lounge. Bridgeman Community Church is one: www.bridgeman.org.au