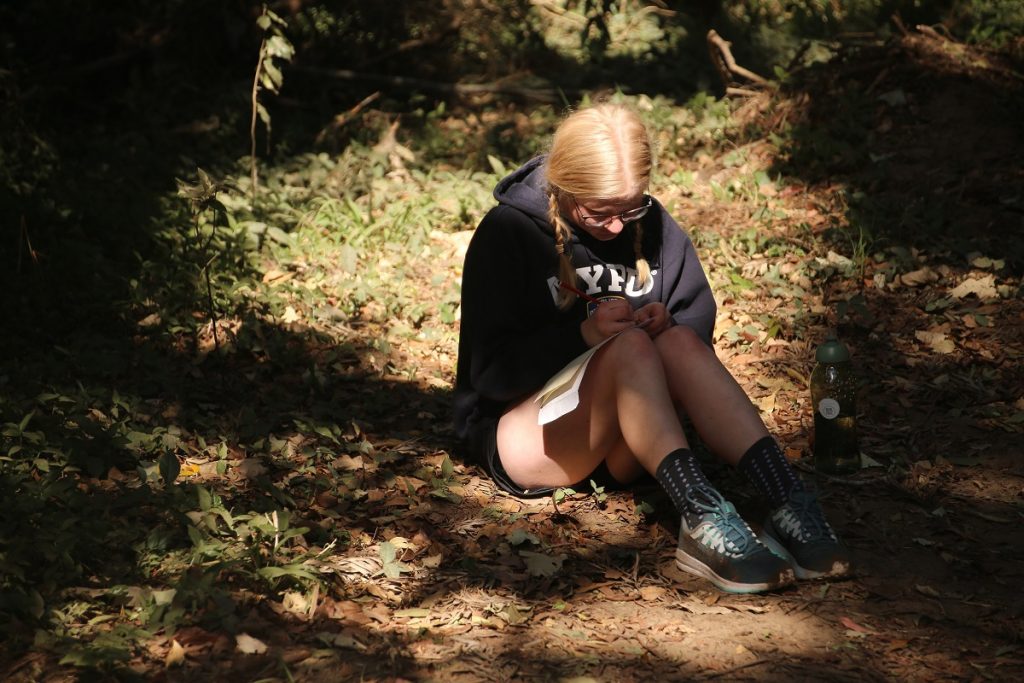 Within the last three weeks, the final two ‘Outdoor Experiences’ for the year have taken place; the Year 9s travelled to Emu Gully and the Year 10s undertook a new camp at Stirling’s Crossing. The Year 9 camp was similar to that undertaken by past groups and is always a highlight of the year for this cohort with the students undertaking some rigorous teambuilding challenges across the four days of the camp. The activities undertaken are physically demanding and extend the students through group problem solving and individual resilience. The Year 9s always return with great stories to tell and with a real sense of achievement.

The Year 10 camp had a new format this year and was based upon the notion of the ‘Rite of Passage’. The change in camp structure and venue was to bring this experience into line with the camps that precede it in Years 7-9, and was organised in such a way, whereby the significance of where these students are placed in their learning journey was acknowledged and celebrated.

The Year 10 campers worked in small groups throughout the first two days of the camp, experiencing individual group programs which included, canoeing, hiking, mountain biking and team challenges. The weather across these first days of camp was spectacularly clear, but also spectacularly cold with frost being brushed off tent exteriors on the first two mornings. The students dealt with these conditions extremely well and worked cohesively across the program.

The final afternoon and evening saw all groups return to the central camp location at Stirling’s Crossing where they shared their evening meal together and then took part in a Rite of Passage ceremony led by Rev Mark Leam. The ceremony saw the students joined by their House Leaders who addressed their individual Houses prior to the ceremony, and then led them to the central fire for the commencement of the service.

The symbolism of the ceremony was based upon the notion of rocks and fire. Each student had been given a rock at the commencement of the camp and this rock represented the burden the students brought to the camp, this being any negativity they currently were holding onto in their lives. In the afternoon prior to the service the students articulated this negativity through a letter they addressed to themselves. The fire was representative of cleansing through burning. Throughout the ceremony each student made their way to the fire and threw their letter into the flames in a symbolic lifting of the burden they carried. Their rocks were likewise placed onto a small pyre beside the fire for each House Group.

The following morning the students undertook a second period of individual reflection where they again wrote a letter to themselves, this time articulating the positive changes they will implement in their lives to counter the negativity they identified the previous day. Students will keep these letters.

This camp, it is planned, will become a real signpost for students in Year 10 and will acknowledge the students’ transition from childhood into young adulthood. It will also mark the movement into the final stage of the students’ learning journey at St Paul’s, as each student embarks on their final two years of schooling.