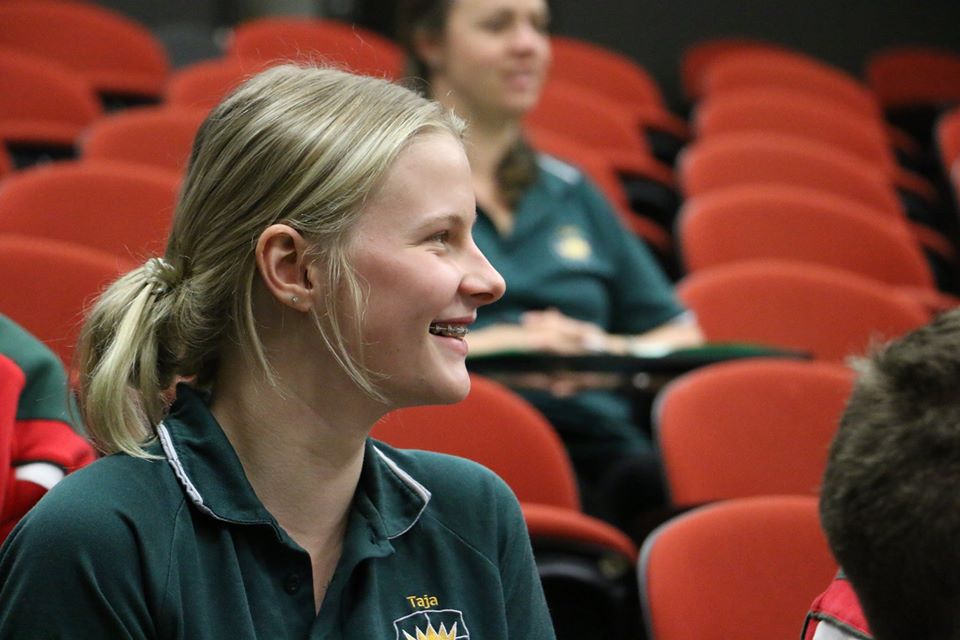 Field Marshall Bernard Montgomery (commander of Allied ground forces during the D-Day invasion in WWII) defined leadership as “the capacity and will to rally men and women to a common purpose, and the character which inspires confidence”.

I like that. This great leader recognised that leadership is not just about skill and understanding (capacity); it’s also about the type of person you are (character). I hope you see that is reflected in the approach we take at St Paul’s School, with our complementary Realms of Thinking and Ways of Being.

I have been thinking a lot about leadership in recent weeks, partly because of some postgraduate study I am undertaking and partly because this is the time of year when our thoughts turn to selecting next year’s Captains.

Last week the Year 11 cohort spent two days out of regular classes, learning about Collaborative Leadership with a group of facilitators from Peer Power. The process for selecting student leaders for the next year is being brought forward, as a consequence of Year 12s leaving school in mid-October to commence their external exams. Students currently in Year 11 who aspire to specific leadership positions are encouraged to fill in an application form in the next few weeks.

Of course, leadership development begins much earlier than Year 11. Students begin learning about leadership in the Junior School, where many opportunities are provided and emerging leadership skills are acknowledged. Similarly, in the secondary school, students are encouraged to look for opportunities to serve/lead – whether in Tutor Group, House, Executive portfolio or extracurricular activities. As leadership ability is demonstrated, this is acknowledged through our Global Citizenship awards (Blue, Silver and Gold). As a Silver award is prerequisite for formal positions of student leadership (including House Captains and Executive Captains; Gold is required for School Captains), it is never too early for those who aspire to leadership to begin work on earning these Global Citizenship awards.

In addition to what is happening at school, I also spent some time over weekend reflecting on the racial tensions that have erupted into protests and violence – around the world, but especially in the US. These protests, together with the COVID-19 pandemic, have really shone a spotlight on the performance of our political leaders. Without naming names, I am sure you will agree that some leaders have been inspiring, decisive and uniting, while others have been … not so much.

My thoughts turned to Colin Powell who, you may remember, was for more than a decade the most powerful black man in the United States (a 4-star general; Chairman of the Joint Chiefs of Staff; Secretary of State). What would Colin Powell have to say about leadership in these times? I believe he would probably quote a Greek historian and general from the 5th century BC, Thucydides. Powell had this quote on his desk all through those years when he had so much influence and power – “Of all manifestations of power, restraint impresses men most”

What is restraint? It is self-control (one of our character virtues, remember). It is not acting (or speaking) on impulse, but waiting and reflecting, before reacting to some provocation.  It is remaining calm, rather than getting all fired up. Or, as our St Paul’s Character Framework describes it “stopping yourself from doing things you want to do, but which are not in your best interests (or the interests of others)”.

So, in conclusion, what is my advice to students who aspire to leadership? First, seek to understand and to control yourself. Only then will you be in a position to lead others. As we read in the bible: “It is better to be patient than powerful. It is better to win control over yourself than over whole cities.” – (Proverbs 16:32)